Aerosol-cloud-radiation interactions in the Unified Model at 1km resolution 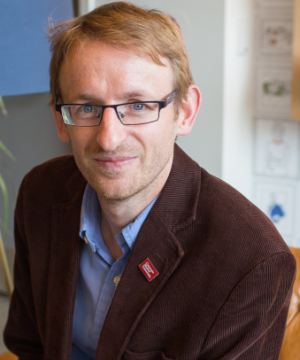 Aerosol particles influence Earth’s radiation budget both directly and via their interactions with clouds. Difficulties in representing clouds and aerosol-cloud interactions in earth system models lead to substantial uncertainties in determining radiative forcing of climate. In the south-east Atlantic region, biomass burning aerosols advected from Africa lead to large seasonal direct, indirect and semi-direct radiative effects. Recent aircraft measurements from the ORACLES and CLARIFY campaigns make this region an ideal testing ground for model simulations of these radiative effects. I will describe attempts to understand the semi-direct effect of absorbing aerosols in this area with global and regional Unified Model simulations, then present recent developments to the model that enable it to better represent the indirect effect. By nesting high-resolution regional simulations in the global model, we are able to simulate areas of the ocean with double-moment aerosol and cloud microphysics at cloud-resolving (500m) resolution with (almost) the same code as that of the global climate model, to study the indirect effects of aerosols advected from the continent in a unified framework similar in some respects to WRF-chem. It is hoped this model configuration will have applications in air quality and weather prediction (where aerosols may have an effect, for example in the forecasting of fog lifetime) as well as for studies of regional climate.

Hamish Gordon is a new assistant research professor at Carnegie Mellon University, since August 2019. His research interests are focused on the effects of air pollution and natural airborne particles on clouds and climate. He received his first degree from the University of Cambridge in 2009, and his doctorate from the University of Oxford in experimental high energy physics in 2013. He worked at CERN in Geneva on the CLOUD experiment studying atmospheric new particle formation from 2013 to 2016, then at the University of Leeds from 2016 to 2019. At Leeds he worked on developing the UK Met Office Unified Model to better represent aerosol-cloud interactions, and also participated in the ‘CLARIFY’ aircraft field campaign in the tropical Atlantic Ocean.