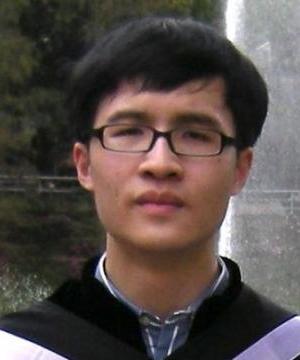 Abstract: This talk provides an overview of my research program on modeling the deformation, failure, and microstructural evolution in solids with tools in statistical thermodynamics, and will focus on dynamic recrystallization (DRX) during adiabatic shear banding (ASB) in metals.  Shear banding or strain localization is of practical interest for advantage (e.g., machining and chip formation) or detriment (e.g., damage during manufacturing or structural service), and often precedes fracture.  Recrystallization of the metal into fine grains with few dislocations is known to occur in the shear band, and the linkage between microstructural evolution and failure is an important area of research.  In this talk I will describe a theoretical and computational framework to accurately represent this phenomenon.  To this end, we present a thermodynamically based theory of dislocation motion and include the grain boundary density or the grain size as an internal state variable, thereby accounting for the partitioning of plastic work into heat and storage in microstructure in a thermodynamically consistent manner.  As such, we arrive at a convenient and self-consistent way to represent the viscoplastic and thermal behavior of the material, with minimal ad-hoc assumptions regarding the initiation of yielding or onset of shear banding.  We show that DRX is a necessary consequence of the second law of thermodynamics. We implement the thermodynamically based DRX model in conjunction with a finite-element computational framework.  Favorable comparison to experimental measurements on a top-hat AISI 316L stainless steel sample compressed with a split-Hopkinson pressure bar suggests the accuracy and usefulness of the model, and demonstrates the crucial role of DRX in strain localization.  I will conclude this talk with broad visions of how modeling methodologies of this kind may transform materials modeling in diverse applications including solid mechanics and additive manufacturing.

Speaker’s Bio: Charles Lieou is a member of the Theoretical Division at the Los Alamos National Laboratory (LANL), where he contributes to the solid mechanics component of the DoE/DoD Joint Munitions Program and studies the dynamic behavior of metallic materials.  He has broad interests in the mechanics of materials and has also studied granular matter, geomaterials, biological materials, and nonlinear acoustics.  Dr. Lieou received his PhD in physics from the University of California, Santa Barbara, under the supervision of Profs. Jean Carlson and James Langer.  His PhD thesis was centered on stick-slip instabilities in granular flow.  He was affiliated with the Earth and Environmental Sciences Division of LANL before joining its Theoretical Division.